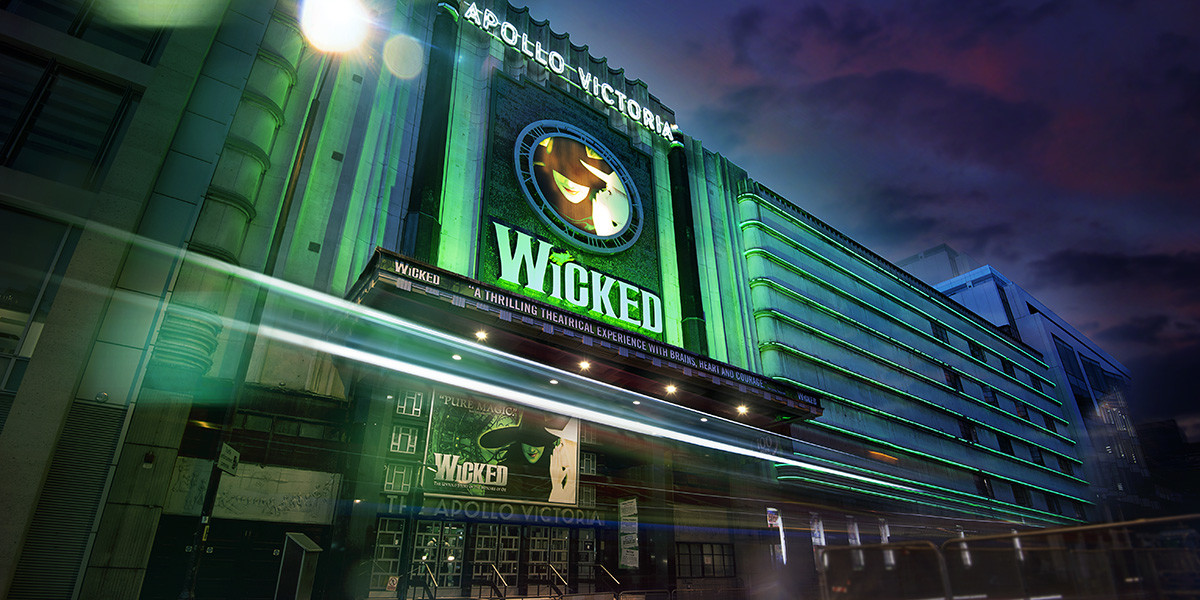 What is Wicked about?
Wicked The Musical is based on a novel by Gregory Maguire and is a prequel to the Wizard of Oz. It follows two friends, Glinda and Elphaba, and tells the story of how they became Glinda The Good and The Wicked Witch of the West respectively.

Wicked has won more than 100 major awards and is one of the longest running musicals in West End theatre history. The show features the famous song, Defying Gravity.

How long is Wicked?
Wicked is approximately two hours and forty-five minutes long, including one interval.

Which theatre is Wicked playing at?
Wicked is playing at the Apollo Victoria theatre, close to Victoria Station.

What age is Wicked suitable for?
Wicked is suitable for a general audience. It is recommended for children aged seven and above. Children under three are not be permitted.

Send us a message